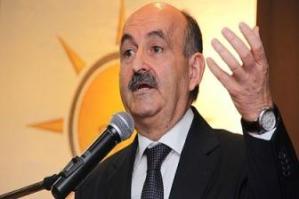 Turkey’s Health Minister Mehmet Muezzinoglu on Friday faced a barrage of criticism on social media after suggesting that women should prioritize the “career” of motherhood before anything else.

“Women of the world have the career of motherhood that no one else can experience,” Turkish media quoted Muezzinoglu as saying on Thursday at a hospital where he welcomed the first baby born in Istanbul on New Year’s Day.

“Mothers should not prioritize another career other than the career of motherhood. They should focus on the raising of good generations.”

The comments caused a furor on social media, with many women venting their anger at what they saw as the latest in a string of sexist comments by the Islamic-rooted Turkish leadership.